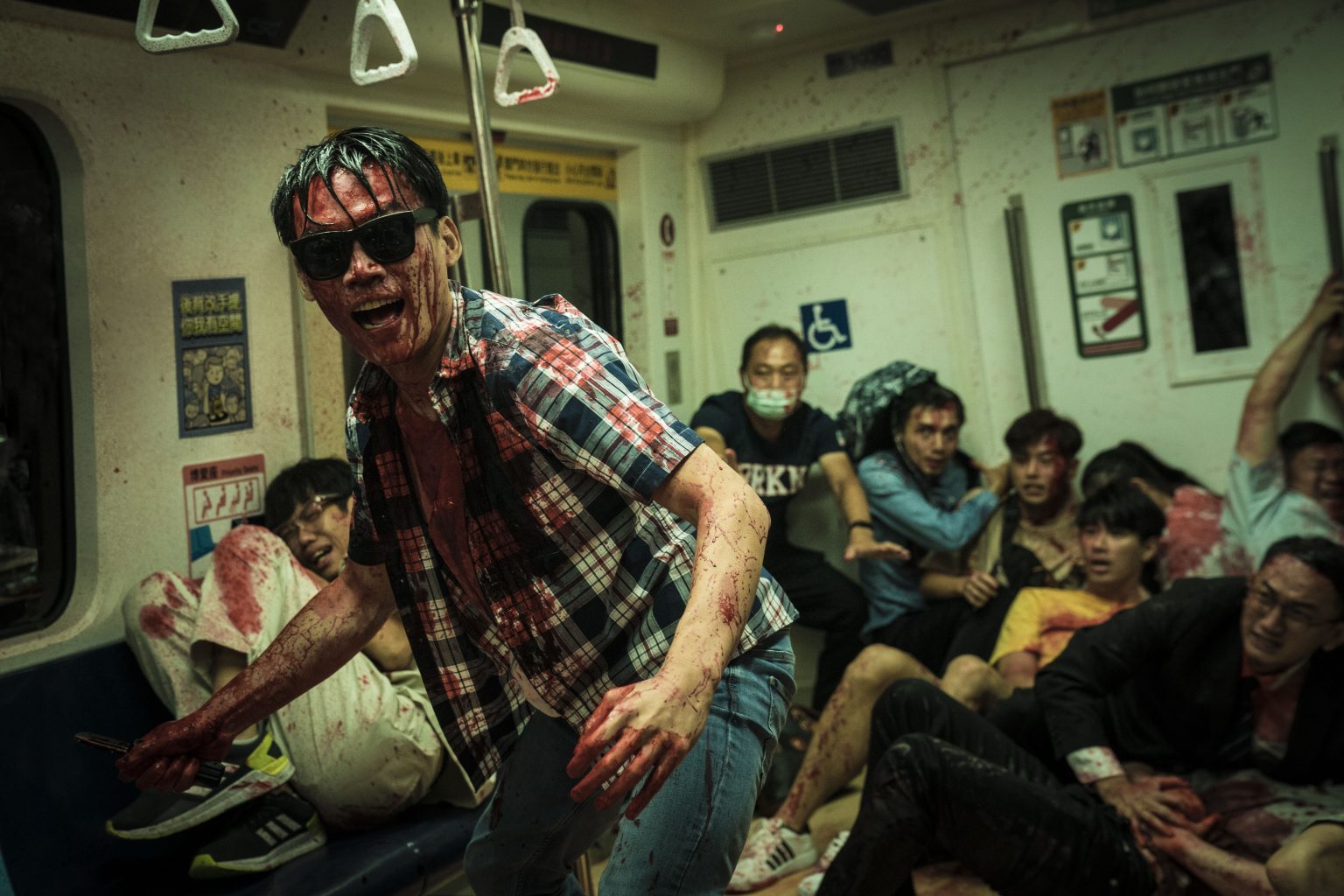 Quite simply, The Sadness is possibly one of the bloodiest and most brutal films I have ever seen. But it’s absolutely brilliant! If you don’t like blood or gore, then this is definitely not the film for you. But if you can stomach all the guts and gore, then you are in for a treat. Given the huge range of genre films shown at the Fantasia Film Festival it’s not often that Fantasia themselves have to give a trigger warning but The Sadness is just so extreme that it warrants one and Fantasia warn viewers to ‘proceed with caution’ if watching this ultraviolent Taiwanese film.

The Sadness is set in a world combatting a pandemic. There’s a virus with flu-like symptoms, that the public isn’t taking seriously. Many think it’s just a hoax surrounding the upcoming election and so everyone lets their guard. However, this mysterious ‘Alvin Virus’ spontaneously mutates giving rise to a mind-altering plague that very much ought to be taken seriously. Chaos ensues as the infected are running about like zombies doing the most cruel and nasty things they can. Murder, rape, torture; everything goes. The age of order is gone, and there is only ‘The Sadness’.

Now if you’re thinking, hang on a minute, this whole virus thing during an election year that the public aren’t taking seriously sounds a bit familiar, well you’re right. The film was entirely developed over the course of 8 months during the COVID-19 pandemic in 2020. The development process all happened so fast with it being written in the spring, shot in summer and completed by the end of winter. The Sadness certainly isn’t for everyone; if you don’t want to see lots of blood or if you don’t want to watch a film about a virus and a pandemic then you definitely shouldn’t watch it. But if you do want to see that sort of film then you’ll have an absolute blast of a time with it.

The people infected with the virus can’t control themselves and will do all sorts of crazy things. Despite the terror that comes from the infected people being extraordinarily entertaining, the film isn’t just watching people being violently killed and seeing blood spurt all over the place. At its centre, the film follows a young couple who are on opposite sides of the city trying to find and protect each other from the chaos happening around the city.

It gets right into the action without stopping to ease you in as within the first half hour one of the lead characters gets his fingers ripped off which is very quickly followed by one of the infected eating one of his severed fingers. Instantly we know this film isn’t playing around. It’s horrific and so incredibly brutal. It’s a terrifyingly tense rollercoaster ride and for the entire runtime you don’t know who’s safe and who’s going to be viciously ripped to pieces in the next scene.

The Sadness is the feature film directorial debut of Rob Jabbaz who does a superb job with his first film. He manages to create such a suspenseful, fast paced film that has you on the edge of your seat for the entire runtime. It will shock you right to your core with the insane level of blood and violence in it. No Hollywood film would ever dare to reach the levels that Jabbaz gets to in The Sadness and it’s really great to see something this cruel and violent and to get such great entertainment value from it.

Not only is the action incredible but the film has such a suspenseful atmosphere to it. Right after we first see the outbreak and the extent to which the infected can cause chaos, the film cuts to a train. The scene holds for quite some time with nothing going on, just some casual conversations on the underground. But the viewer knows what’s about to go down. You’re sat there, with your heart racing, waiting for an attack to happen. And even though you know what’s coming and what’s about to happen, the suspense is killing you the whole time.

The film doesn’t quite manage to sustain itself throughout and it does lose a bit of momentum as it goes on. It starts to add an element of sexual violence and whilst the whole film is disturbing and unsettling, the sexual violence really elevates that unnerving feeling perhaps just a bit too far.

The Sadness is a film told with a huge amount of skill and flair as well as buckets and buckets and even more buckets of fake blood. It’s insanely horrific and visceral and simply put, it is the most brutal film you will see this year.

The Sadness had its North American premiere at Fantasia International Film Festival 2021.