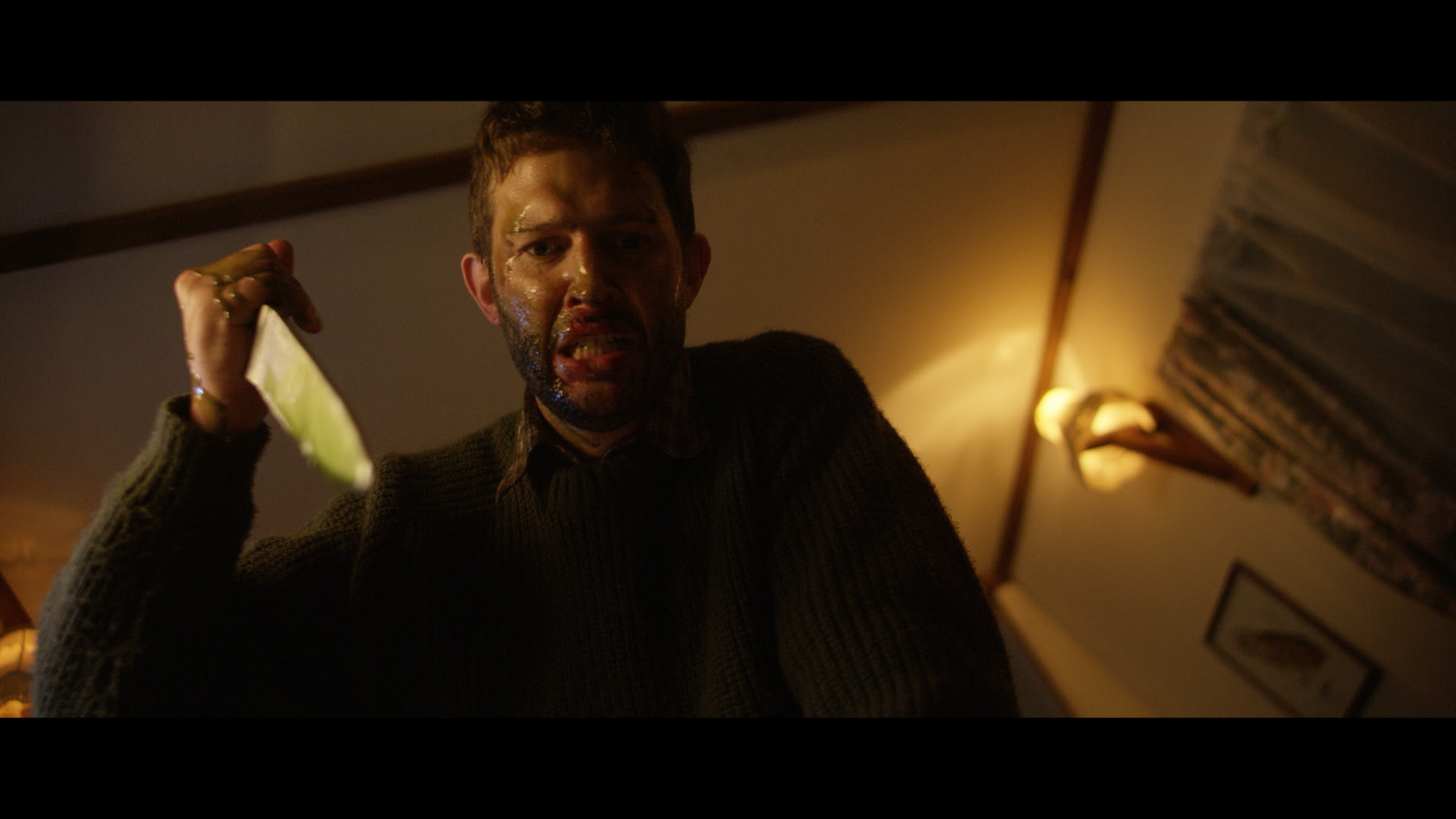 A weekend away on the canals of England turns into a living nightmare for a group of city folk in Charlie Steeds brutal and gory creature feature; The Barge People.

Kat (Kate Davies-Speak) and her boyfriend Mark (Mark McKirdy) are joined by her sister Sophie (Natalie Martins) and new partner Ben (Matt Swales) on a family barge trip in order to escape the hustle and bustle of city life and to reconnect after a recent loss of a family member. But after a conflict with a couple of locals whilst on the barge, the group begin to be stalked by mutated fish-like creatures who are hell bent on feasting on their flesh.

From the description alone, writer Christopher Lombard was clearly heavily inspired by some of the great horror films of the 70s and 80s, drawing motivation from the likes of Texas Chainsaw Massacre and The Hills Have Eyes. But what sets Lombard writing apart from the rest of 80s influenced independent films is his focus on the balance between main character building and crazy levels of blood-soaked violence. The main character in question is Kat, who is played superbly by the incredibly talented Bristol based actress Kate Davies-Speak. Her journey through the film takes her from quiet, reserved city girl to a strong, vengeful soul whose loss spurs her on to take charge of the situation. One of the key scenes where Davies-Speak shone was when, amid pure terror in the woods, she consoles with Jade (Makenna Guyler) in order to get her on her side.

Not only is the film elevated by strong performances, but it’s also enhanced by Michael Lloyd’s cinematography that is simply stunning considering the budget limitations. So many scenes are bathed in the dark blue glow of the moonlight, highlighting the natural beauty and terror of the dark and creating some truly memorable moments of dread. Couple that with a harrowing yet alluring electronic synth score by Sam Benjafield and you have a winning combination.

Considering its stature as an independent creature feature, Steeds, who also served as editor on the film proves that he is not only a talented director but can cover multiple roles in filmmaking on the same level. For example, the practical special effects are so impressive that any casual viewer would easily presume that The Barge People was a large studio production.

The Barge People is a highly entertaining and satisfyingly gory horror film that features top notch performances by some of the most talented rising British talent including Kate Davies-Speak and puts a lot of big studio films to shame. Charlie Steeds once again proves why he is one skilful British Indie director that you need to keep your eye on.