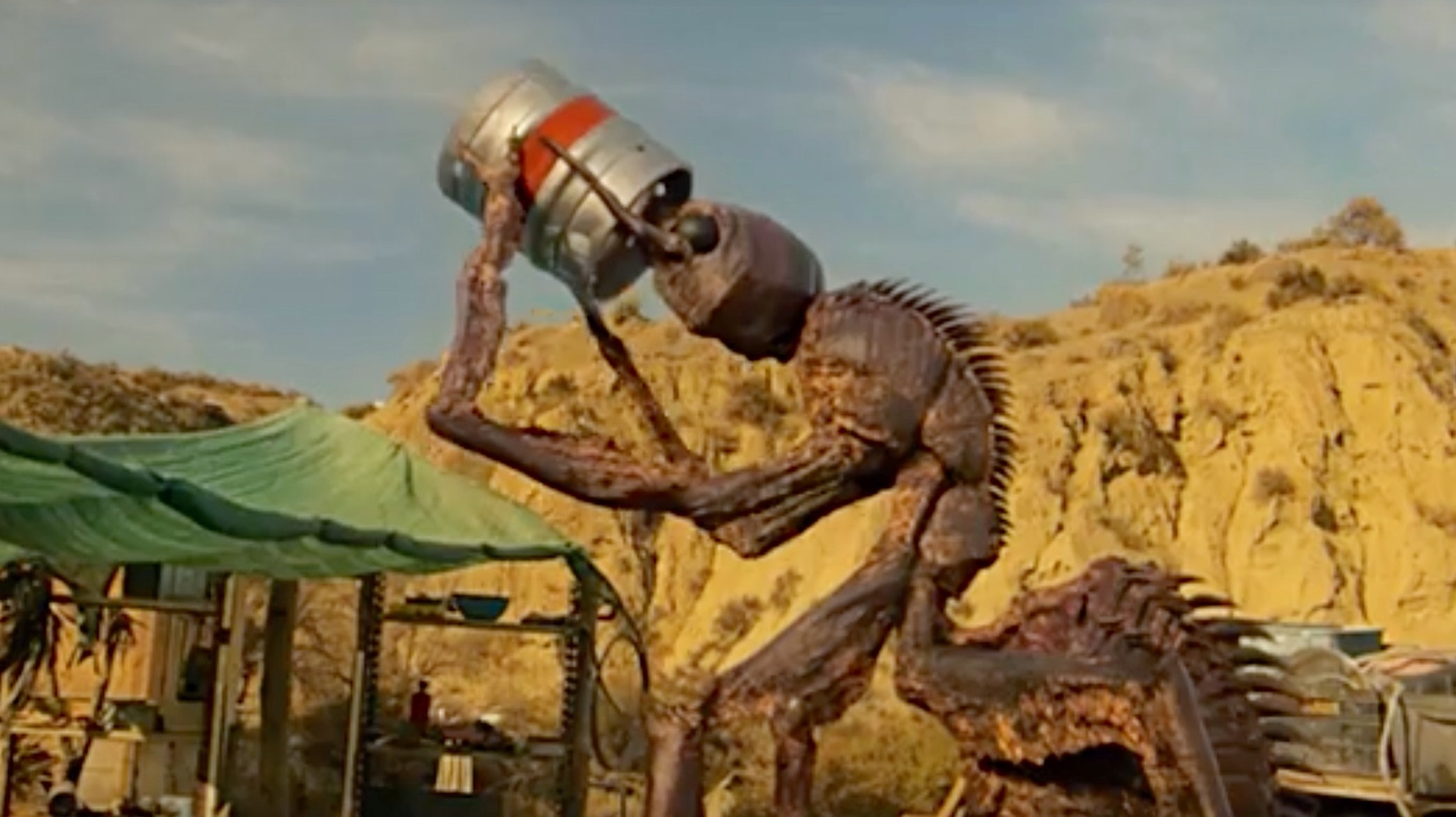 New levels, — new levels. In the never-ending quest to escalate campiness to heights that beggar irony, here comes a movie. A movie, based on a Commodore Amiga video game from the late 1980s, about giant ants, ants that live in the desert, ants that enjoy beer straight from the keg and can only be vanquished — at great personal cost — by a mostly expendable cast of libidinous teens.

You know how these things make us feel.

If you in the ‘80s, you may remember It Came From the Desert, an Amiga title that drew heavy inspiration from ! and other B-horror flicks from the 1950s. The game’s protagonist, Dr. Greg Bradley, traversed the Nevada desert landscape staging desperate battles against radioactively mutated ants in a variety of interesting locations.

Now Cinemaware, the game’s original developer, is teaming with Finnish VFX effects studio Roger! Pictures to revive the goofy premise in a live-action format. The trailer for the eponymous movie seems to lie somewhere between a proof of concept and an enticing synopsis of what we’re (admittedly) hoping will end up as a finished product. io9 reports the project’s not yet encumbered with a release date, so for we’re hoping for the best.

Director Marko Mäkilaakso told Bloody Disgusting earlier this month that he has a deep affection for campy B-movies and the directors they’ve inspired.

“I love B-movies and mainstream filmmakers who give homages to those in their works, like Joe Dante, John Landis, Tim Burton, Steven Spielberg etc.,” said Mäkilaakso. “There’s something so pure and honest about B-movies, and even though done with tight budgets you can see and feel that the makers put their hearts and souls into making the movie. That’s really inspiring!”

He also pledged to imbue It Came From the Desert with the same “something extra” as one of his heroes — legendary New World Pictures founder and sci-fi director Roger Corman.

“Roger Corman did it correctly! He hired passionate filmmakers to give their everything, and in the the movies had something extra, something special,” said Mäkilaakso. “Like the It Came From the was spoofing those and other 1950s monster movies, my movie is also spoofing the modern creature feature craze of SYFY movies.”

this is a guy who gets it! We’ll be keeping an eye — make that an antenna! — out for this one.