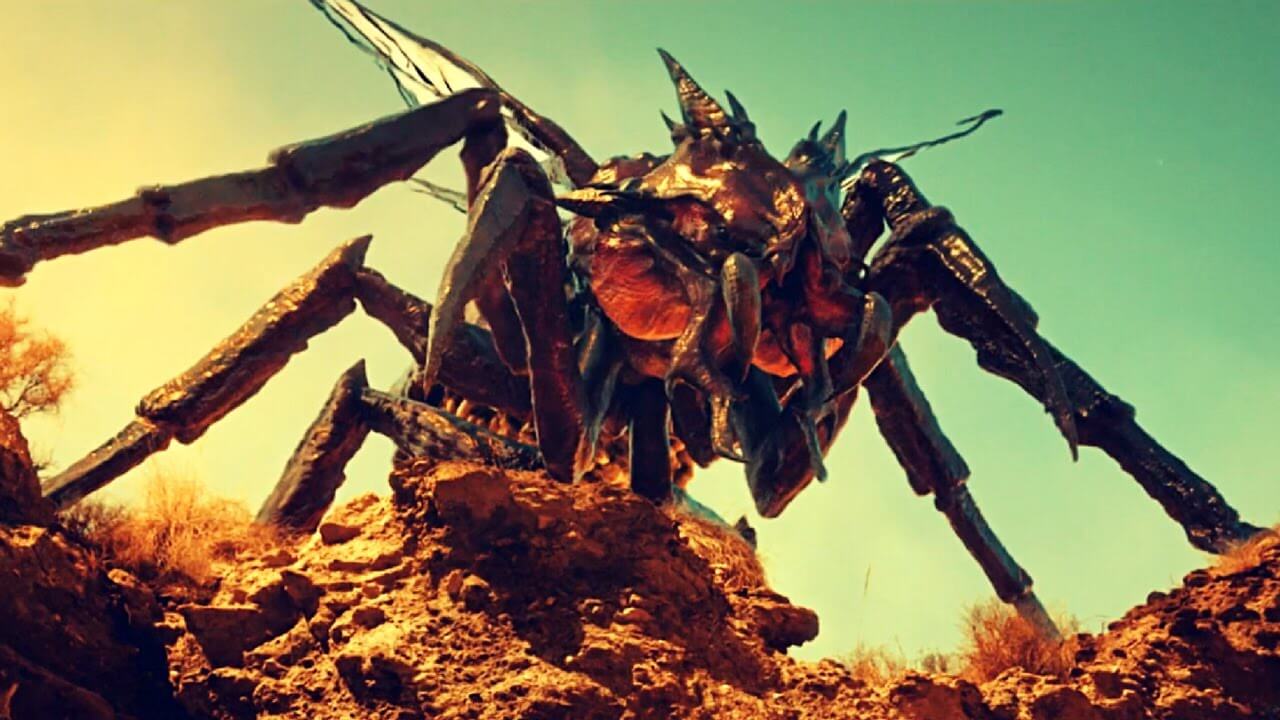 It Came From The Desert (FrightFest 2017)

Growing up on a healthy diet of low budget B-movies, It Came from the Desert, which serves as an adaptation of the 1989 video game of the same name, is everything that I, or any other fan of monster cinema, could ever ask for.

Brian (Harry Lister Smith) and Lukas (Alex Mills) are two best friends who travel to a party in the middle of the desert (what could possibly go wrong?) and soon discover a secret research facility filled with giant ants. Hilarity (and death) soon ensues.

The reason why so many homages to classic monster movies fail is they seem to think that being deliberately cheesy and over the top, and putting everything else on the sideline, will somehow work in their favor. It Came from the Desert, however, realizes that its strength lies purely in its characters. Brian, for instance, is smart and kindhearted, but also insecure and prone to jealousy (he thinks the girl he loves doesn’t like him in return), whereas Lukas is reckless and foolhardy, but will do anything to keep his friend safe. The chemistry between the two actors is nothing short of perfect because, despite their contrasting personalities, I never doubted for a second that the duo had been friends for life. So when they risk their lives to save each other from dangerous situations, I found myself being much more invested in the outcome than I was expecting to be. They were real characters and not the caricatures that we usually get in movies of this kind.

And while we do get the occasional gimmick, such as a retro-style animation sequence, a scene shot to resemble an FPS , and the fact that the research project responsible for creating the giant ants is called ‘Project Them’, we feel as though the film has earned the right to use such gimmicks because of how hard it worked to establish its characters. Whereas the Sharknado movies seemed to think that one visual gimmick was enough to carry an entire franchise, It Came from the Desert wisely to use them sparingly, and to great effect.

Ant the ants themselves, ho boy. Spliced with alien DNA, these fuckers are big and nasty and look about as good as they possibly could considering the film’s low production costs. The decision to make them sentient also gives them a lot more personality than we usually get from big screen monsters, as they share some hilarious subtitled exchanges of dialogue. And watch out for the queen, because she’s a real bitch!