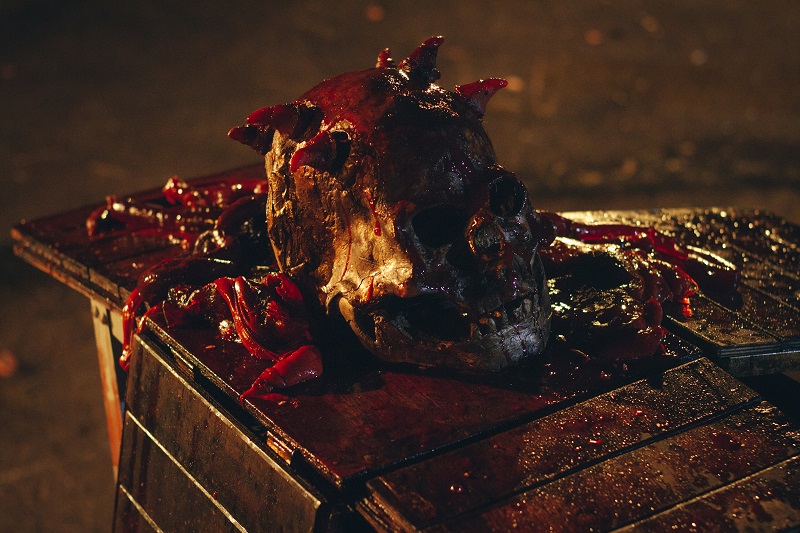 Skull - The Mask of Anhangá, new national terror, gets trailer

It was during Fantaspoa XIV that Kapel Furman ( The Perception of Fear , Strange Stories ) took the stage to announce his newest creation, the demon T'Uxlu, guardian of the portal that leads to the Underworld and lackey of Tahawantinsupay - The Entrance Collector of the 4 Worlds. The demon and his bloodbath will be seen in Skull - The Mask of Anhangá , a new Brazilian feature film of the slasher genre, which was described by the American magazine Variety as “Seeped in gore” (Dipped in blood) during the Blood Window's Showcase held at the Marché du Film in Cannes .

The film was produced by Infravermelho Filmes , co-produced by Fantaspoa Produções and Boccato Productions , and represented by Raven Banner Entertainment ( Tigers Are Not Afraid , Climax ). The feature, which is at EFM - European Film Market during the Berlin Festival , focuses on the incarnation of a supernatural serial killer when a mystical artifact, the Mask of Anhangá, has a host and initiates a series of visceral sacrifices. Both the film's history and its entities were based on pre-Columbian mythology.