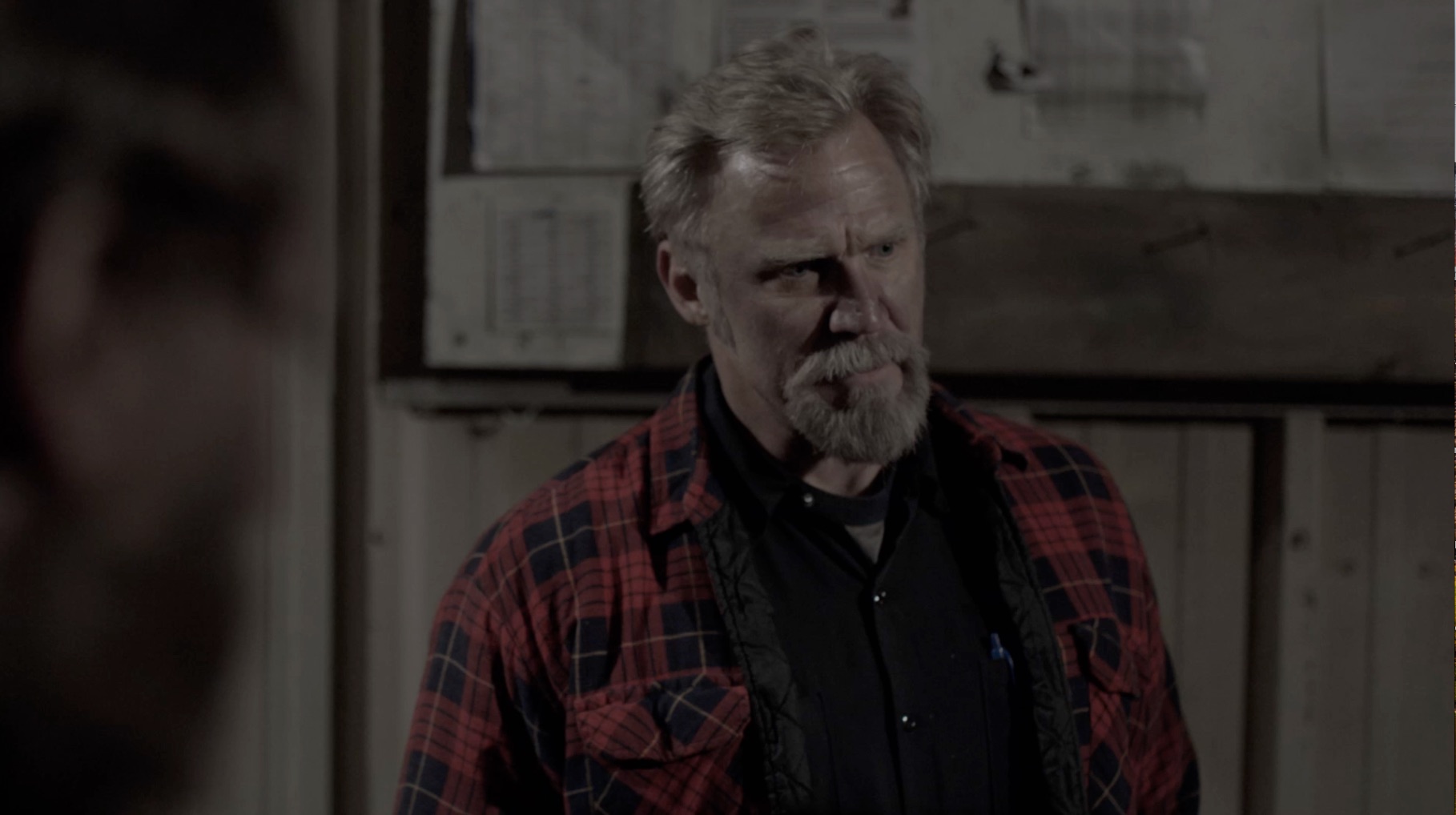 A prayer at the beginning of Mine 9 refers to a coal mine as Hell. Once the film enters the inside of a mine, a couple thousand feet beneath the surface, it's easy enough to understand why.

Save for the lights on the miners' helmets, it's pitch black on the path downward, with the workers having to lower their heads backwards to avoid the ceiling and pipes. Amidst the deafening whirring of machines and the constant billowing of coal dust, occasional flames, brought to life by the combination of sparks and methane, erupt from those machines and the ceiling of the mine itself.

If this isn't Hell, it's about as close a situation into which people willingly would put themselves. These people do it for long hours, multiple days a week.

Above all else, writer/director Eddie Mensore's film feels authentic, both in its setting, shot on location and by way of a seamless set, and its depictions of the story's characters. These aren't men with any extraordinary courage or some kind of desire to take risks. They're simply workers, who need to this job because the alternative is unemployment and the loss of the income that puts food on the table for their families. It's that simple and, in light of what we see the miners experience even before things go terribly wrong, that disheartening.

At its heart, this is a disaster story, in which Zeke (Terry Serpico), one of the miners, warns his co-workers that the mine is deathtrap. His brother and fellow miner Kenny (Mark Ashworth) points out that an official complaint would shut down the mine and put all of them out of a job. The others side with Kenny's way of thinking, and sure enough, there's a methane explosion that leaves only a handful of survivors: the two brothers, John (Clint James), and Kenny's son Ryan (Drew Starkey), who's working his first day.

The results are harrowing, because Mensore does his due diligence in showing us the claustrophobic, perilous conditions of the mine, even before disaster strikes, and telling us how things can go wrong—before everything does. All the while, Mine 9 gives us a sense of the down-to-earth motives and day-to-day bravery of these characters and their real-life counterparts. Interviews with real miners during the closing credits only solidify Mensore's sincerity, as well as the film's sense of realism.