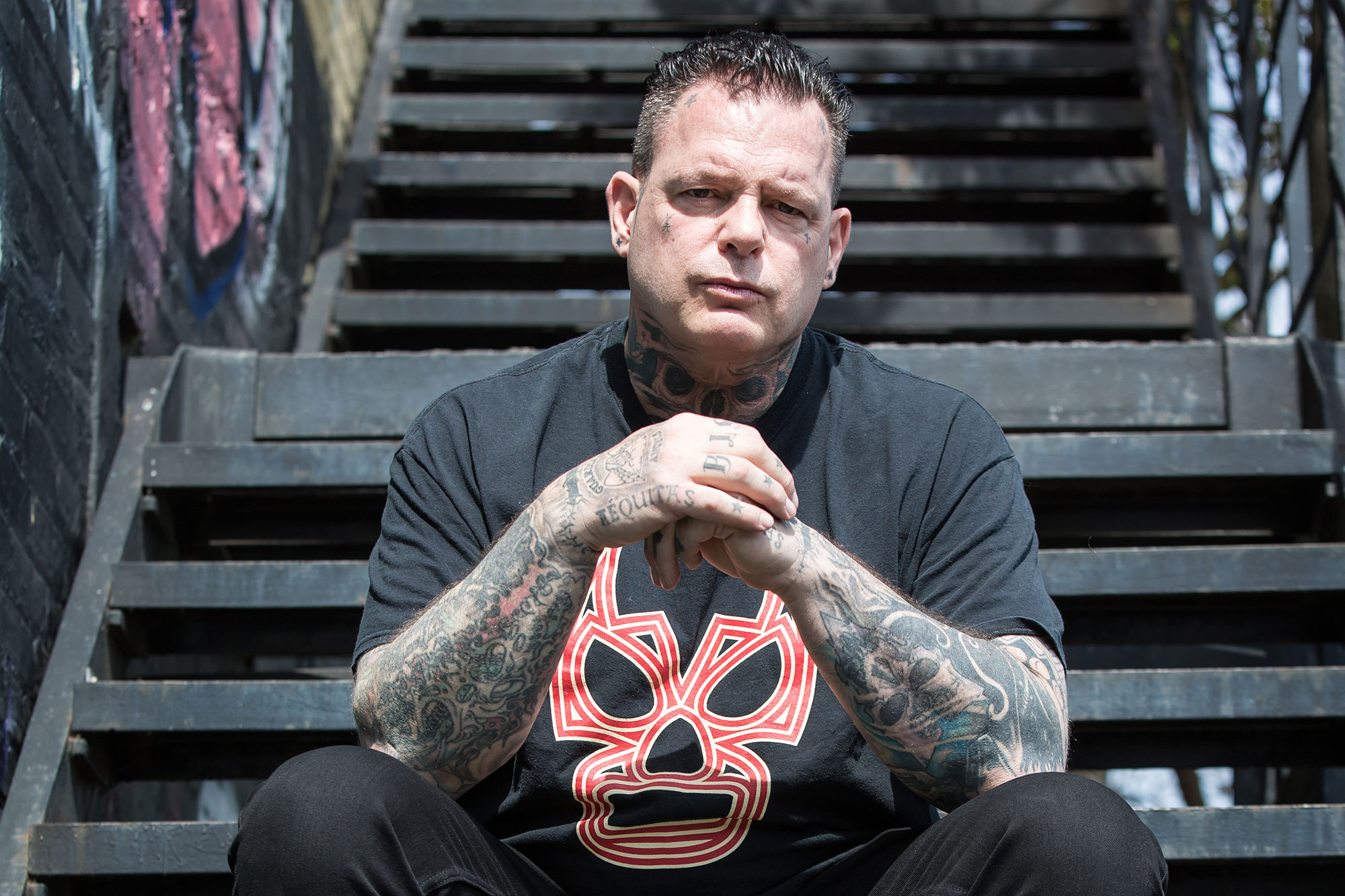 “Pro wrestling started in Mexico,” says the wrestler Vampiro at the start of this documentary, speaking at a marketing meeting for a south-of-the-border grappling extravaganza. “Pro wrestling is not an American invention nor does it come from Europe. It is a thing that started down here.”

While Vampiro’s grasp on the sport’s history is debatable, what’s undeniably fascinating is the identity of the speaker. Despite his name, and his iconic standing in the Mexican community of wrestlers, Vampiro is no native luchador, raised to fight in the gyms of Guadalajara or Tijuana. He is, rather, a Canadian named Ian Richard Hodgkinson who spent his teenage years playing hockey in Thunder Bay, Ontario. As Hodgkinson’s young daughter  Dasha quite reasonably asks her father at one point in the course of Nail in the Coffin: The Fall and Rise of Vampiro, “How did you become a wrestler?”

It is a question colorfully answered in this film from first-time director Michael Paszt. With help from his chatty subject, Paszt reveals how Hodgkinson began his professional life as a bagman for the Toronto mafia before relocating to Los Angeles where he lived with, and worked as a bodyguard for, a pre-scandal Mili Vanilli. A longtime wrestling fan, he headed to Mexico at the end of the ‘80s and reinvented himself as “Vampiro Canadiense.” At first, Hodgkinson didn’t have much in the way of ring skills but he was charismatic and sported a look which combined the sartorial style of Axl Rose with the thin braids of his former pop star roommates. Local wrestling fans had never seen anything like it — who had? — and before long the kid from Thunder Bay could claim fame and, if not a fortune, then the massive cocaine habit of someone in possession of one.

Did it all go horribly wrong? Of course, it did. Despite a three-year stint with the WCW around the turn of the century, he never really won the hearts of American wrestling fans. And, while Hodgkinson graduated to becoming a commentator and fight-orchestrator back in Mexico, he also continued to wrestle, with dreadful consequences for his body. By the time Paszt’s cameras catch up with him, the still-wrestling fiftysomething is a physical wreck with chronic arthritis and a doctor begging him to quit the ring for fear of bringing on dementia or some other physiological disaster. “Get you out now, maybe you’re not a quadriplegic,” the genuinely appalled physician tells him during one consultation. “Get you out now, maybe your daughter has a dad to walk her down the aisle.”

It is Hodgkinson’s relationship with his daughter Dasha, whom he is raising back in Thunder Bay while essentially commuting to Mexico, which gifts an extra emotional dimension to this tale of sporting mayhem and lunacy. While the film is vague about how the wrestler came to be the main parental figure in Dasha’s life, Nail in the Coffin makes clear their devotion to each other, a love which is only threatened by Hodgkinson’s addiction to wrestling. Like Vampiro’s adoring fans, viewers may ultimately find themselves screaming at Hodgkinson — not to get in the ring, but to stay out of it. B+