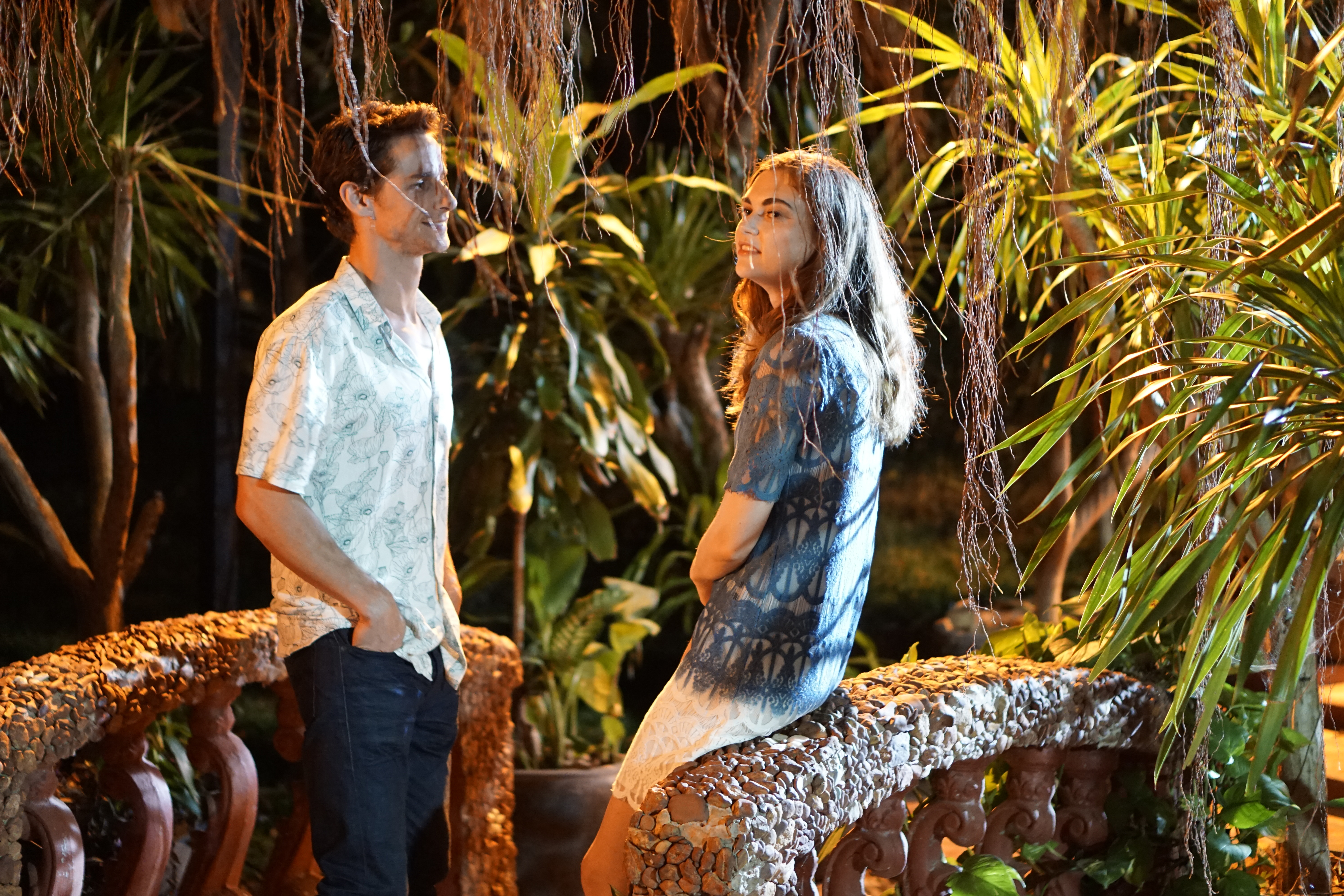 Ben (Kelly Blatz) and Amber (Jenny Boyd) meet up in the idyllic of tourist Cambodia. They are immediately physically attracted, but what do they really know about one another? An intense psychological horror from previous Raindance award-winner Rudolf Buitendach. Following in the footsteps of folk horrors like THE WICKER MAN, KILL LIST, and SPRING, Buitendach has created a film that is confidently strange and , without ever being forced. Buitendach's follow-up to the 2017 award-winner SELLING ISOBEL is a lithe and sensuous tale of lust and possession, shot on location in Cambodia and consciously tapping into some of the folk mythology of that country. What could have very easily been another fish-out-of-water horror film, is actually at pains to develop an unusual relationship at the core of the film, namely the interdependence of Amber and Ben, a relationship which is frequently reconfigured throughout the film. As Ben gets sucked Amber's vortex of nasty ex-partners and debilitating physical ailments, he forgets to question what precisely Amber is getting from their relationship, this results in one of the more beguiling and unnerving of closing sequences. Rohan Crickmar