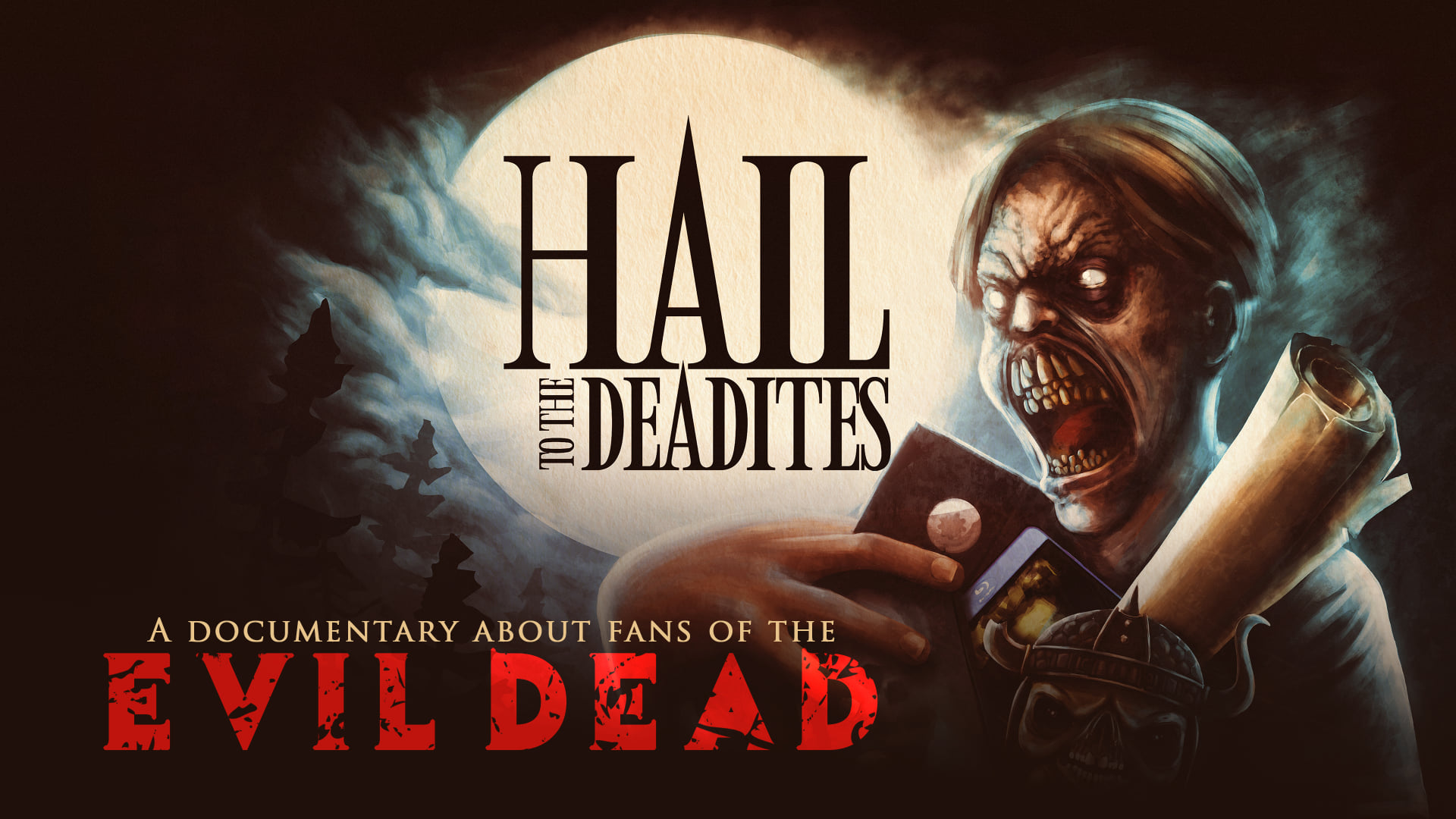 Director Steve Villenueve (Under The Scares, Stories Of A Gravedigger, The Mask Of James Henry) is a lifelong Evil Dead fan who was able to take that fandom and give it a thorough examination in the 2020 documentary “Hail To The Deadites” which premiered earlier this year at Fantasia Fest (and that I saw as part of Chattanooga Film Fest's annual Halloween party, Frightening Ass Film Fest.

There have been several great “behind the scenes” pieces released for the various “Evil Dead” installments and subsequent TV series, generally located as part of the special features on your media format of choice. And while there are several great fan communities in the horror world, (ie: Halloween, Nightmare, Friday The 13th, Scream, etc), it is true there is a unique sense of community in the Evil Dead fandom.  This documentary is actually not about the films themselves, but the fandom and culture that surrounds them.

Any time I wear an Evil Dead shirt or hat and go in public, it is guaranteed to be a conversation starter. Speaking from experience at my former job, pro wrestlers love Evil Dead. (Former UFC and current WWE star Matt Riddle is one of them.) Hell people love Evil Dead. Sometimes people who aren’t even otherwise horror fans. There is just something about it that draws people in. More specifically, people love Ash. He has to be the most popular “good guy” character in horror by a milestone.  He is tough, resourceful, a complete smartass, and he never gives up and can take a legendary ass kicking while talking shit the whole time. Given his importance to the community it was great to see Bruce Campbell heavily involved in this documentary and showing a real genuine appreciation for the fans of Evil Dead.

We also heard from most of the living cast and crew of both Evil Dead and Evil Dead II in the film, (RIP Danny Hicks, who we lost earlier this year) with the Evil Dead II stars being particularly appreciative of the love the films have garnered over the years. The only noticeable absences were of course Sam Raimi (though his brother Ted certainly had plenty of facetime) and Rob Tapert.

In this film we meet Deadites of all varieties from all over the place. We met an Ash cosplayer named Adam who really does strongly resemble a young Bruce, a couple who got married at an Evil Dead convention where they got FX maestro Tom Sullivan to help with their proposal, AC and her baby Ash, who was born with a heart defect but refuses to give up (hence the name), and a who’s who of Evil Dead collectors, obsessives and megafans.

As a nerd for useless junk, I also appreciated the level of detail we got covering the various Evil Dead merch and toys that have been released over the years starting all the way back to the McFarlane Movie Maniacs figures from the 90s. It was a real treat to see some of these collections and I almost feel like there could be an entire documentary just dedicated to that side of Evil Dead fandom.

Another unique piece of this presentation was that Villenueve elected not to use any footage from the films and instead collected a trove of fan film footage, art, animations and original music for the documentary cut scenes where film footage would normally be found and the results really made the whole thing come together as this ultimate love letter to the Evil Dead fan community.

I assume this was shot a few years ago, as the only real bummer about the whole thing is that at the end of the documentary they’re all talking about Ash vs Evil Dead as if it was the finish line for the story of Ash and we know of course that it got cut short when the show was cancelled by Starz prior to the 4th and final season, and then Bruce Campbell announced his subsequent retirement from the Ash character. We have gotten a bit of good news on that front recently though as rumblings of “EVIL DEAD RISE”, a new sequel created by the original team, is on the slate soon and we’re told it will be “Evil Dead comes to the city.” Campbell has denied any sort of return of Ash, though is actively involved on the project as as a producer and it is rumored the film will have a female lead. Plenty of plot threads were certainly left open between the Evil Dead “remake/requel” from 2013 and the Ash vs Evil Dead TV series. There was Mia, there was Kelly and there was Ash’s daughter. Our new heroine could also just be a brand new character and of course we all hope that Bruce is bluffing and that Ash will return at least one final time to officially pass the torch. But...that’s just the Evil Dead fan in me rambling at this point. I could talk about my love of this franchise for hours, therefore this documentary hit all of the sweet spots for me.

Hail to the Deadites, Baby!

By The Rev Dan Wilson