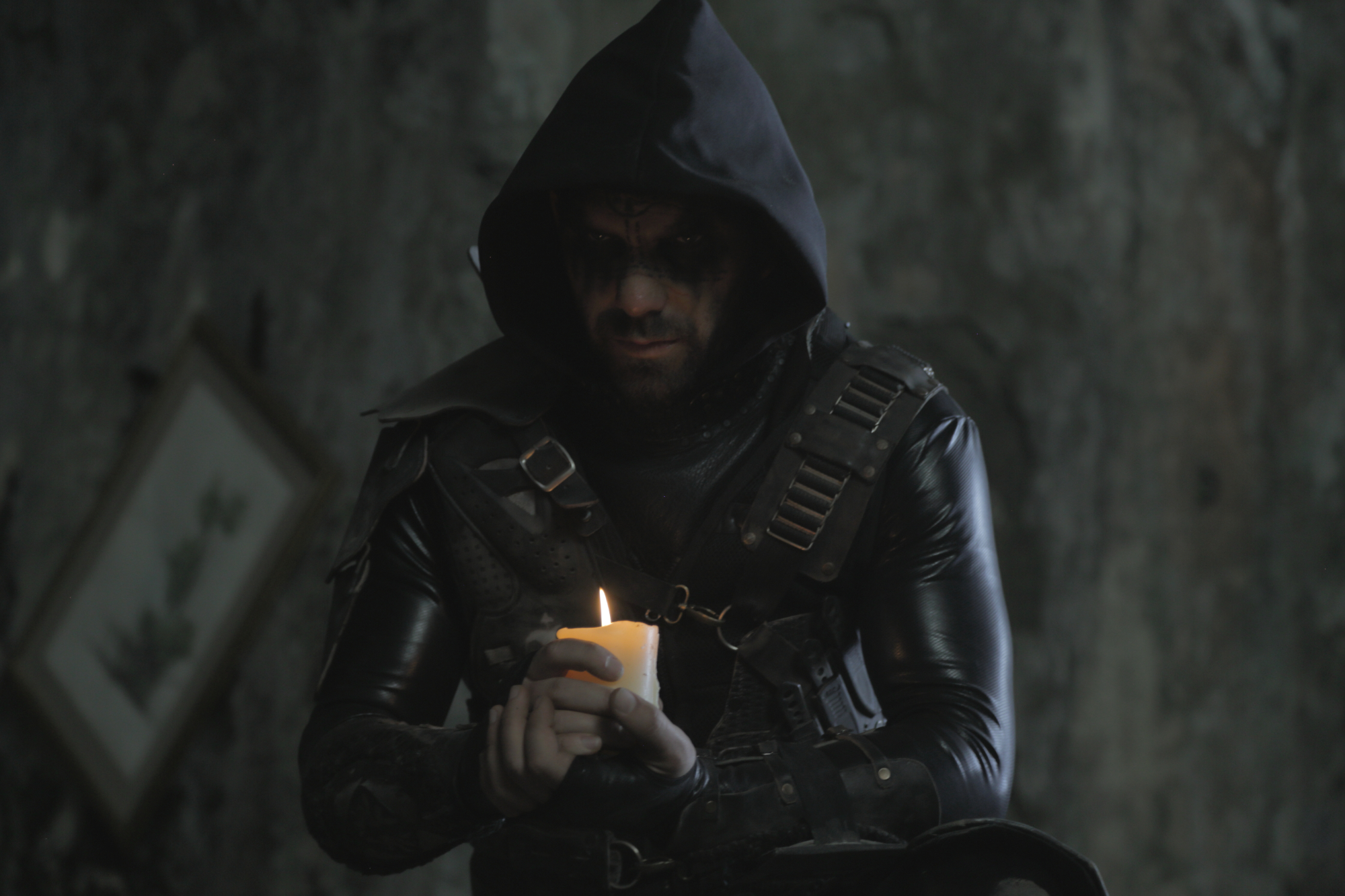 It has been a while since we last had a decent vampire film. In the wake of Twilight mania, most filmmakers seem keen to avoid the movie monster like the plague. It’s a shame as vampires, most specifically Dracula, have been gracing our screens almost as long as films themselves have been around. Given their expansive cinematic history, doing something different with vampires is always a difficult task, but every now and then something comes along to change that. Enter Origin Unknown.

Pedro (Daniel Martínez) has spent years of his life working alongside a local drug cartel. After finally beginning negotiations for his freedom, he and his family are hiding out in a high-tech fortress whilst they wait for the terms to be agreed upon. The house itself has practically everything one could need to keep themselves safe, but the complex is also surrounded by a small army of guns for hire. All is going well, that is until one of the walls is breached. Worried that it’s the cartel coming to finish him off, Pedro orders his men to investigate. There they find a young girl, Lina (Paulina Gil), who Pedro welcomes into his house. Shortly after, the house comes under fire from a cloaked group of mercenaries whose only mission seems to be – kill the girl. Pedro is then placed in an awful position, does he surrender Lina to save his family? A deadly siege ensues and it soon becomes apparent that Lina might not be as innocent as Pedro assumes.

Director Rigoberto Castañeda is clearly a person familiar with vampire fiction, and rather than do something completely new, he instead borrows from several sources, mixes them together, and generates something unlike that which we have seen before. It’s a bold choice and one that he manages to pull off, his eclectic blend of inspirations and influences making for a very entertaining watch. Origin Unknown pulls in elements of Assault on Precinct 13, the television series Arrow, Let the Right One in, Blade, and a plethora of old school martial arts movies. It’s a tantalizing combination of action, suspense, and emotion that really takes the viewer on a rollercoaster ride. Stylistically, Castañeda follows a more traditional action thriller model, although it does include several split screen sequences that layer the film with a comic book feel.

The plot itself is fairly basic, but with so much going on visually and tonally, the familiar narrative offers a welcome respite. Considering the fast-pace and short time frame of the story, it’s no surprise that character development isn’t a key feature. The only character afforded any real elaboration is that of Lina, outside of that, the characters tend to remain fairly static and one-note. This can be forgiven though as when the action gets going, Unknown Origin becomes really special.

Who knew that home invasion, vampire-hunters, creepy kids, martial arts, and a high amount of action was what we needed to forget all that sparkly vampire nonsense? Castañeda clearly had an inkling and his instinct has paid off. The result is one of the most intriguing and exciting vampire films in years.