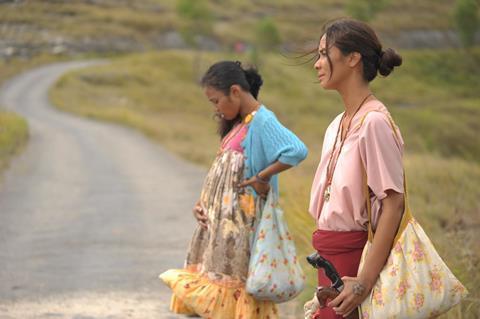 The Murderer In Four Acts' (exclusive)

The film premiered in Cannes Director’s Fortnight and receives its North American premiere in Toronto on Tuesday.

Marlina The Murderer In Four Acts takes place in the deserted hills of an Indonesian island where , a young widow, is attacked and robbed for her cattle.

She kills several gang-members in self-defense and embarks on the long road to revenge, haunted by the ghost of one of her victims. Rama Adi co-wrote the screenplay with Surya.

“Mouly Surya has created an exceptional film with a feminist heroine that seems to defy description and we are looking forward to bringing it to Canadian theatres,” Paszt said.

Northern Banner plans to release the film in early 2018 once it has completed the Canadian festival circuit.

The specialty distributor’s recent slate includes Kevan Funk’s Hello Destroyer, The Happiest Day In The Life Of Olli Mäki, Mimosas, and Embrace Of The Serpent.