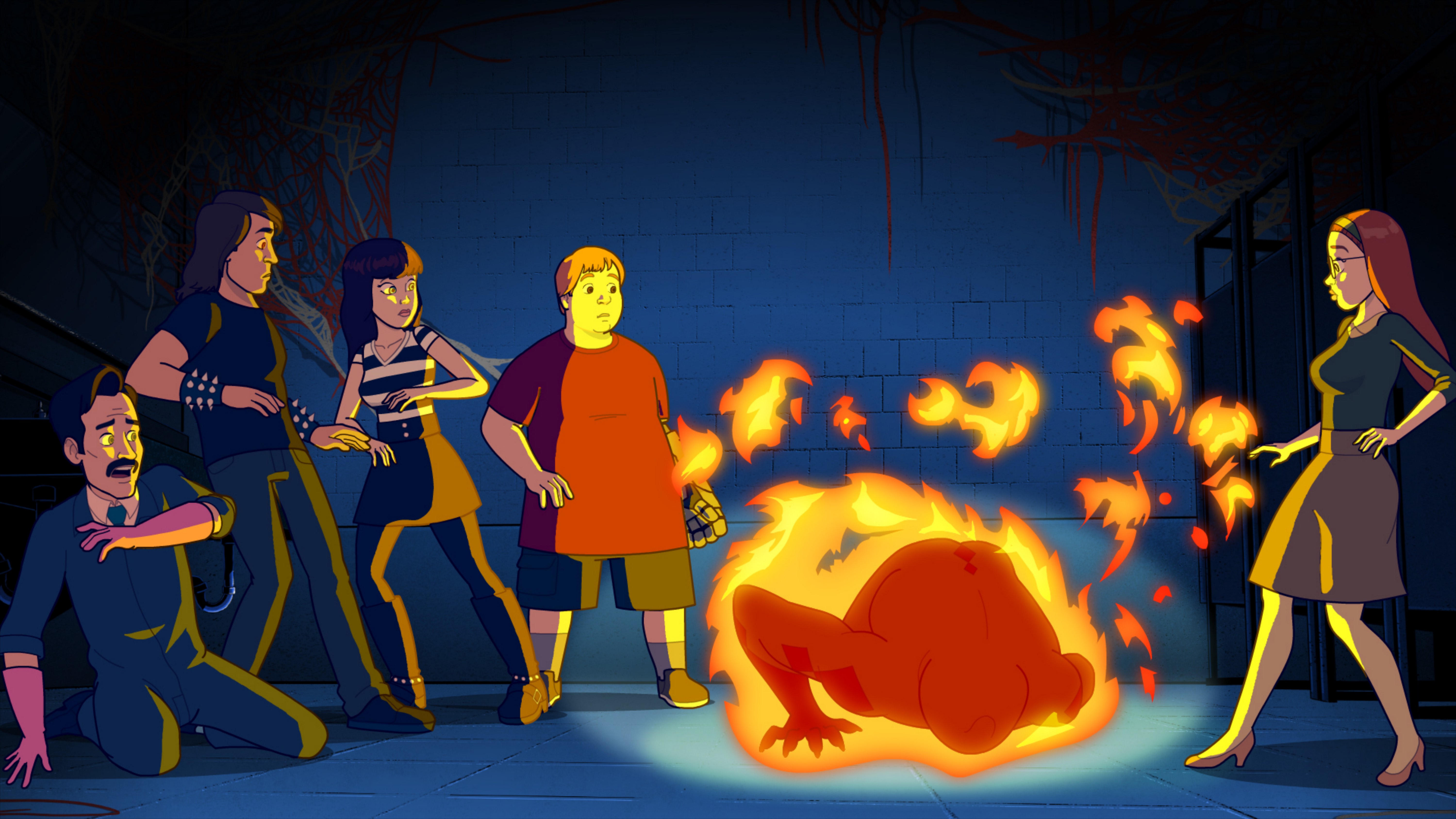 SCREAMFEST REVIEW – TODD AND THE BOOK OF PURE EVIL: THE END OF THE END

Divided into four chapters, Todd and the Book of Pure Evil: The End of the End could work as a short 4 episode season (a la Gilmore Girls or The X-Files) in which the book finds a new evil one to possess each episode. Todd (Alex House) fucked up sending the book away at the end of the series because he’s an idiot.

Like a sequel or a new season, they’ve got to get the gang back together after their previous adventure left them . I’d imagine for fans of the show, developments for Curtis (Bill Turnbull), Jenny (Maggie Castle), Jimmy (Jason Mewes) and Atticus (Chris Leavins) are fulfilling, or at least interesting twists on their roles in the show. It must bring closure to some of the show’s dangling threads, or at least leave them in a different place than the series did.

This kind of humor is my style. Though perhaps not as irreverent as a South Park or Rick and Morty, the prolific , juvenile boner jokes and obvious double entendre are gleefully blatant. I appreciate the of Corn Whole chips and a misspelled . Self-aware looking directly into the camera works just as well in animation, as does calling out exposition.  The timing can also be perfect in animation. With actors, you can edit but at a certain it’s confined to natural human rhythms.

The music rocks. There are three new original songs. One is country but the other two are hard rock metal.

The animation is gorgeous and violent AF. There’s no limit to the blood and puss gushes you can draw, so they do. An animated toilet is as gross as anything I’ve seen in live action too. I’d imagine the evil creatures are far more elaborate in animation than they could be on a TV show. The battles against them are cool and thrilling, requiring teamwork. Best of all, animation them take a stab at anime jokes.

It’s rare these days for Franchise Fred to discover a franchise late and get to catch up. There are still some Little Tramp movies and Universal monsters I missed, but now I can watch Todd and the Book of Pure Evil as the prequel to this fun movie I saw at Screamfest.