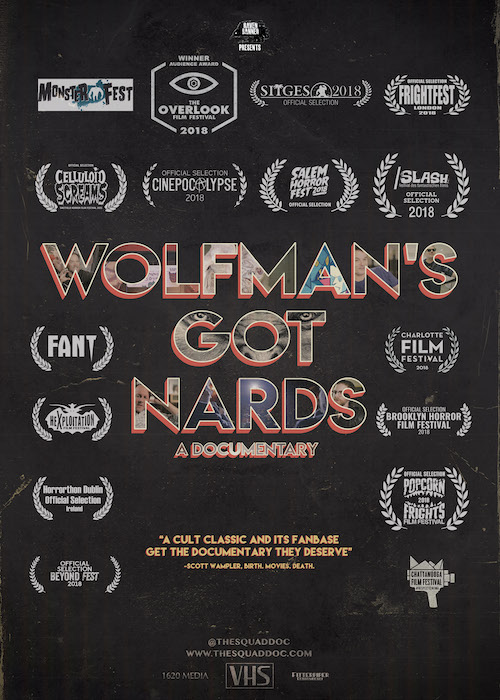 When it was released in 1987, The Monster Squad was deemed a failure by critics and was, according to the box office, a film no one cared about. But over the last three decades, word of mouth has turned this sleeping hit into a cultural phenomenon. WOLFMAN’S GOT NARDS explores the relationship a dedicated audience (including celebrities and filmmakers) has with The Monster Squad. This documentary takes an in-depth look into the film’s conception, response, cult status, and revival. Through interviews with the cast, crew, screenwriters, directors, academics and original reviewers as well as through never-before-seen footage, it turns the lens on an audience of self-proclaimed misfits who have kept The Monster Squad alive for more than thirty years.

Wolfman's Got Nards
Previous Next
BACK TO TOP
TERMS OF SERVICES