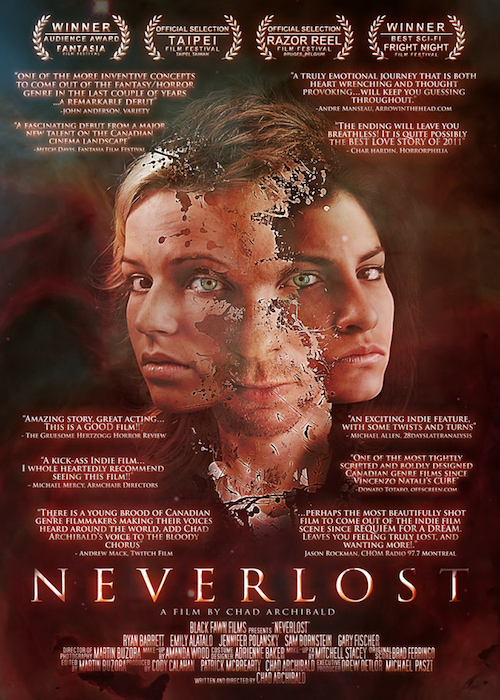 Years after his college sweetheart Kate perishes in a devastating house fire, Josh Higgins’ life is spiraling out of control. Still tortured by the tragedy, Josh finds himself subjected to frequent panic attacks and a rampant case of insomnia, affecting his relationship with his new wife, Meg. It isn’t until he takes a seemingly harmless sleeping pill that Josh is thrust into a disturbing sequence of events that illuminate an unknown ability to reach out and touch the past. After he unexpectedly awakens one morning in Kate’s presence, Josh determines that his own sickness has somehow opened a pathway to the life he was once destined to have. He then becomes increasingly obsessed with what may be a fatal exploration into his own unconsciousness, as his marriage to Meg continues to disintegrate. Plagued by his increasingly volatile surroundings and the ominous presence of a strange man following his every move, Josh realizes that his window of opportunity to vindicate the past is quickly disappearing. As the walls of his own psychosis slowly start to close in around him, Josh must race to save himself, Kate and the parallel life that he vows can never again be lost.

Neverlost
Previous Next
BACK TO TOP
TERMS OF SERVICES