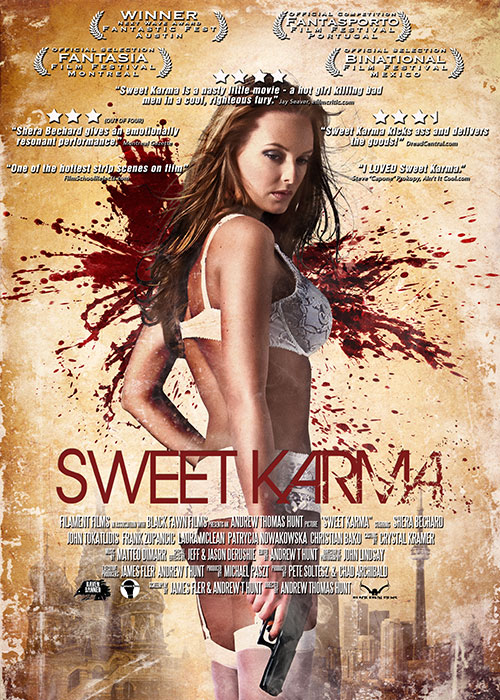 Starring Playboy Playmate Shera Bechard, ‘Sweet Karma’ is a tale of revenge and betrayal. Karma Balint is a shy, mute Russian girl whose sister Anna left for Canada with bright hopes of making some money for the two of them. When Karma discovers that Anna’s body has been found in the woods, the apparent victim of a Russian mafia hit, Karma sets off to infiltrate the criminal underworld to avenge her sister. Her journey takes her through the twisted underbelly of society leaving behind death and mayhem in her wake.

Sweet Karma
Previous Next
BACK TO TOP
TERMS OF SERVICES